Playing 5 Sports and Loving It!

Kendal Clark is a difficult person to get a hold of. Not intentionally, of course; she responds to messages as soon as she can and was great about fielding an interview request. No, Clark just has what one could call a hectic schedule… to put it mildly. January 4-10 her schedule was as follows: 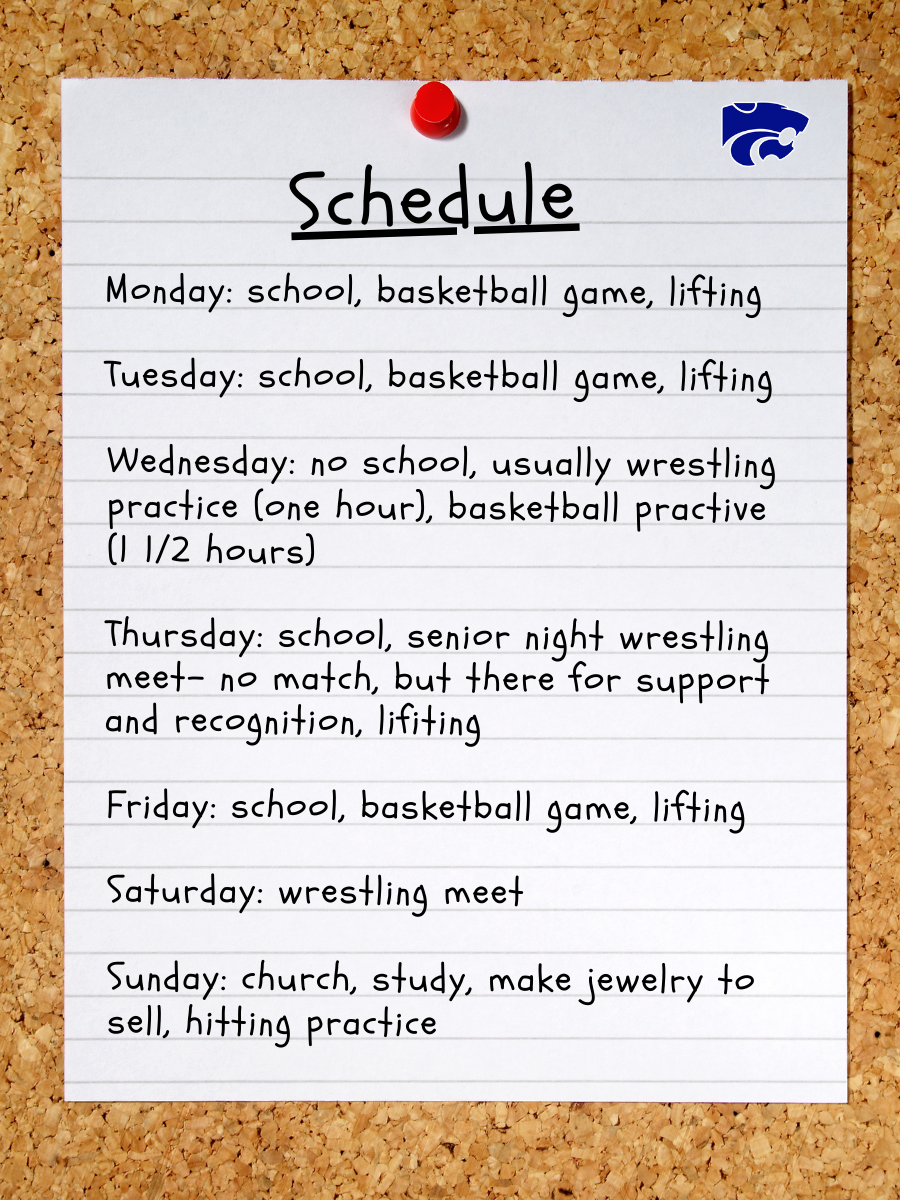 Obviously that doesn’t include meals, travel time, studying on weeknights… In short, stealing 20 minutes of Clark’s time for an interview felt like a huge success.

Clark, a senior at Humboldt, is a five-sport athlete, competing in volleyball, basketball, wrestling, track, and softball throughout her high school. So far, she has made it to the state tournament in four out of five sports and twice in softball. She hopes for a favorable draw this year to make basketball the fifth, where she leads the team in scoring and the entirety of 3A in rebounds.

The experience for each state tournament was very different for Clark and her teammates. Her first taste of the big stage came freshman year. As a young player, there was some anxiety that came along with the excitement. “When you go to the state tournament everyone’s good, so I was like If I take a shot to the face at third base here… (laughs)”. Clark did not end up with any such errors, and her team placed third in the state softball tournament. The Humboldt softball team returned to state in her junior season, where she felt more at ease. Clark contributed heavily to that effort as well, tallying 10 home runs on the season to take second in 3A.

Sophomore year for track, she says she was “in her head” a lot and didn’t have as favorable of a showing as a result. Clark had had the fourth-best throw in 3A in season. As a shot and discus thrower, Clark hopes to return to state in 2021 after the 2020 competition was cancelled.

The next sport Clark would take to the state level was wrestling, where her experience was vastly different. “Wrestling was probably one of the best experiences because of the community and everyone had our backs going into it and it was new for everyone.” Clark won the girl’s wrestling state title in the 170 lb. weight class in it’s inaugural season of 2020.

Most recently, the Humboldt Wildcat volleyball team made the tournament this past fall. “Senior year everyone was on the same page and we made it (to state) and everyone was more just in shock, like we just did that.” Clark says the experience with her majority-upperclassmen teammates was particularly exciting, given that it was their last opportunity. Though Clark says volleyball is the only sport in which she doesn’t train year-round, she finished the season 21st in kills and 18th in digs in class 3A.

After relaying all this, Clark took a moment to reflect. She said she had never really thought about all of her experiences together and realized the magnitude of what she had accomplished. “It’s taught me a lot, it’s awesome to sit back and think about what we have done as a team and what I’ve done… it’s just cool.”

Outside of sports, Clark places a high value on faith, family, and her friends. She emphatically credited her friends and family with supporting her through her busy and ambitious goals and expressed how important keeping her faith in her life was to her.

On top of school, sports, and a social life, Clark has started making and selling rings as a creative outlet and way to make a little extra money. When interest increased, she “realized how much time (I) don’t have,” and has found a balance between her various pursuits.

In a way, Kendal Clark is your typical high schooler. Busy, social, with varied interests. But her drive to succeed and incredible work ethic has taken her to heights few could fathom. Next year, she will follow her passion to DMACC to play softball and evaluate her career options. She says she would like to stay in the field of athletics, whether that be as a coach, trainer, or PE teacher.

Given everything she’s accomplished, summing it all up seems an impossible task. Clark says her philosophy and advice for others, though, is simple. “Do what you love, and have fun when you’re doing it. Make friendships, and be the best teammate you can.”

Know of a great high school sports story involving an athlete, team, and/or someone involved in high school athletics? Does that story need to be told?! Let us know and we may cover it in a future Varsity Bound Feature! Click here to share